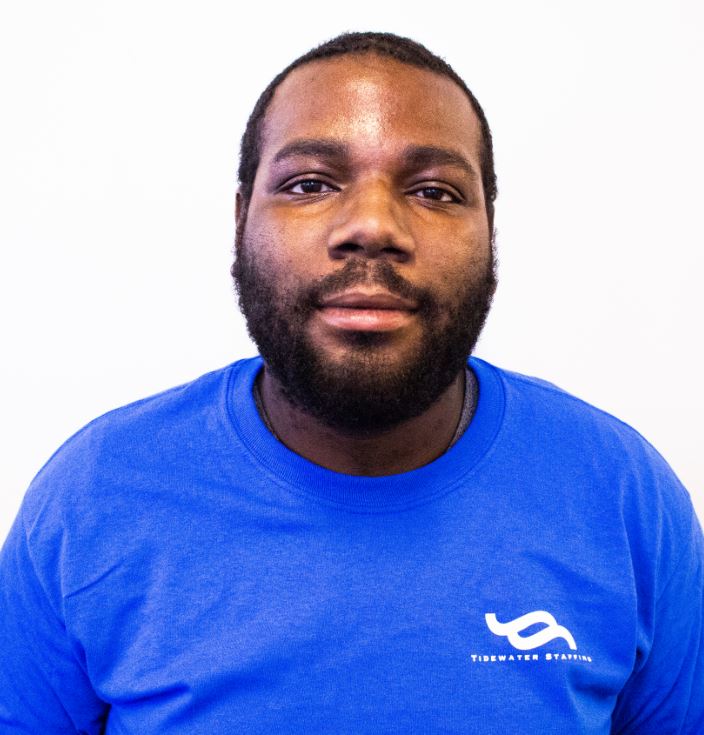 Will is going to be celebrating his first year at Tidewater Staffing at the Portsmouth location. He truly admires the work that he does every single day.  While working for Tidewater Staffing, Will has had an abundance of experiences which have molded him to be the outstanding character that he is today. He has a few things that he really enjoys about Tidewater Staffing, but his absolute favorite is the fact that he gets to do the right thing every day by putting people to work. On top of that, he has formed many amazing memories which he will carry with him forever. One of these unforgettable moments was when he attended the Christmas party from last year, because it was Will’s second day of being with Tidewater Staffing! His favorite part of the Christmas party was when he played Family Feud and competed against the other offices. Even though they ended up losing the match, Will was happy just being able to get out with Tidewater Staffing for the first time.

Will states that his growth within the company has been exceptional. Originally, Will worked as an associate for Tidewater Staffing. But his stellar qualities, such as his work ethic and his dedication to the values of LASIR, allowed him to transfer to working in the actual offices of Tidewater Staffing. Now, Will teaches the general orientation classes, he makes sure that everyone is well informed and trained about Fire Prevention, and he teaches the associates about safety in the shipyards. Will has started from ground zero, and has really worked his way up in the company. As a side note, Will says that “I would really like to give a special thanks to Mr. Jay and Ms. Nikki for everything that they have done, and that God is truly great.”